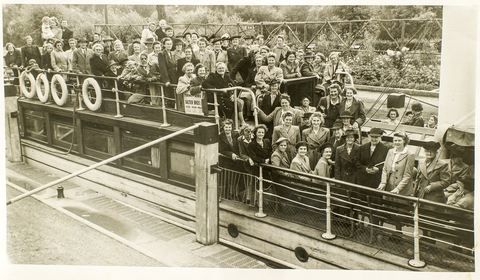 - From a speech given by Miss Nightingale from WI Headquarters in London' in 1923 to Wisbech Centre WI.

Haddenham 1929 WI members helped at the Welfare and Infant Clinic.

Newton-in-the-Isle 1934 Paid out to Sister Higgins for sick nursing demonstration 5/-.

Outwell 1941  The Marshland Rural Council wrote urging members to have their children immunized from diphtheria. Dr Ferrie attended the meeting later & stressed the importance of having this done, explaining that it was free for all children in Norfolk between the ages of one and five.

Outwell 31 May 1944 A talk on the dangers of venereal disease was given by Nurse Kennett. This meeting was open to all ladies of the village.

Prickwillow 1945 WI asked by the County Nursing Association if the meeting room could be used to set up a monthly infant welfare class.

Haddenham 1945 An outbreak of smallpox in the village.

Sedge Fen 1966 The President asked members if they were interested in having the smear test and several said they were.

Ely Northwold 1983 Health education talk by speaker from Addenbrooke's – listing most probable illnesses found in middle-aged women.  Watched short film on how to test oneself for breast cancer.

Early Presidents were often wives of clergymen or of local landowners, some holding the position for many years.  Gradually this changed, and women from all walks of life were given the opportunity for leadership.

Doddington 1929 A debate was held on "Which Girl would make the better wife, the Stay-at-Home Girl or the Business Girl?" with the home girl winning by six votes.

Newton in the Isle April 1956 Lady Balance gave a talk on 'Being Presented at Court'.

Black Horse Drove October 1958 Sgt Ellis talked of the work of a policewoman from entering training to the work on the beat.

Coveney 1984 Q2Master Sergeant Kleigfes of the USAAF showed us some fascinating slides of the Mount St Helens eruption and the Apollo landing on the moon.

Murrow Jan 2005 Tara Knowles entertained us with her story of how long it took her to get into the Fire Service, and then told us what her job involved. 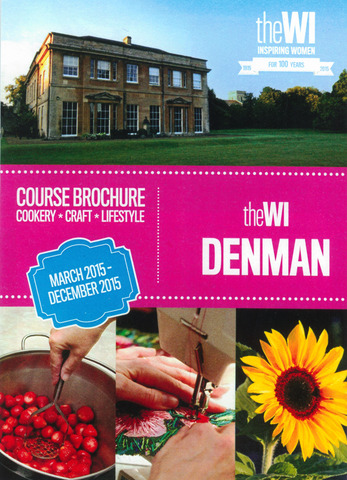 Denman College, formally established in 1948, and named after Lady Denman, the first Chair of the National Federation, gives women the chance to attend residential courses and day courses. For many women in the Isle of Ely, it provided the first opportunity to travel away from their immediate surroundings and often their first experience of staying away from home without their husbands and children.

Queen Adelaide 1954 Denman College was discussed, it being decided that a bursary of £5 would be awarded each year.  If two members should wish to go in the same year the bursary would be shared at £2.10s each.

Friday Bridge 2009 An 'Awards For All' lottery grant will enable all members to take the course of their choice at Denman.

"The variety of courses  is  brilliant- you can try something you might never otherwise have thought of '...'It is somewhere that I can go to on my own and meet other women - a very friendly place".

- From a member of Ely Northwold WI 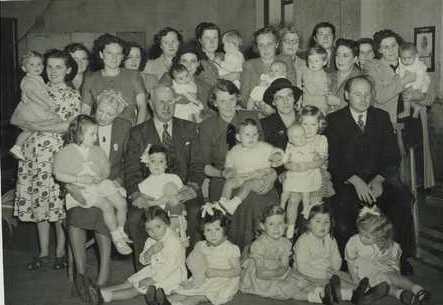