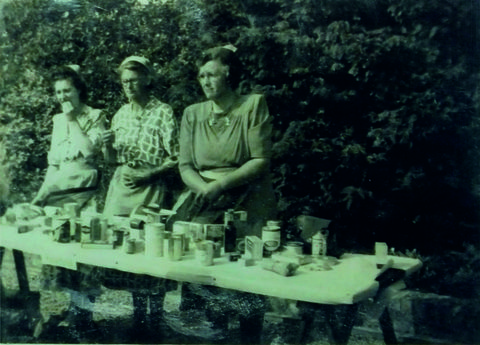 WI members have always been willing to work to improve their communities.  In the early days the need was often for clean water and for electricity, things which we take for granted today.  Later, came calls for practical items such as rubbish bins, bus shelters and public telephones.  Before the advent of the National Health Service, local hospitals were supported with collections of eggs.

Haddenham 1924 Agreed to support the setting up of a school library.

Coates Oct 1925 The President reminded the members of the collection to be held at our next meeting for Preventive and Rescue Work. This was work with fallen women & endangered girls.

Thorney Toll 1926 A letter was read from Mrs Waugh, one of our members and a Lady Guardian, suggesting that the proposed tea and entertainment to be given by the Institute to the old inmates of the Workhouse and those living in the almshouses should be postponed to a later date, as at this time of year they had several treats, and thus it would be more appreciated later.  This was discussed.

Newton in the Isle Nov 1929  Mrs Newling proposed with the help of the  members &  Tydd St Giles to move a resolution to try to get the Marham water brought to these villages.

Christchurch 1929 Beginning of the Parish Tea which is still providing a free hot lunch and entertainment for everyone in the village over 65 who wishes to attend.

Parson Drove 1931 Gave coal to pensioners  in the village.

Guyhirn May 1935 A bazaar will be run by the WI in October to raise funds . . . to help to pay for the installation of the water supply.

Guyhirn  June 1936 A letter was read from Murrow WI asking for our support for a petition for a supply of pure water for rural areas.  Members were heartily in favour of such support.

Guyhirn Nov 1936 Members were reminded of the dolls and toys for the workhouse to be brought next month.

Sedge Fen Nov 1938 Letter about the Land Settlement Scheme in Cambridgeshirere to re-settle unemployed workers from depressed industrial areas of Britain on smallholdings in the Fens and it was agreed to send a donation of £5.00.

Tydd St Giles 1940 A letter was read from HQ asking each institute if they would contribute towards the cost of providing and equipping an ambulance which would bear the name ' Women's Institute Ambulance'. Two shillings was sent.

Haddenham 1963 WI sent eggs to Addenbrooke's in each month of the year. 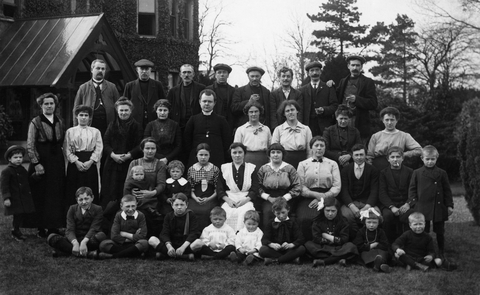 Chatteris 1967 The secretary wrote a strong letter of protest to Mrs Barbara Castle on the closing of the railway line from March to Cambridge.

Black Horse Drove Jan 1971 It was decided that a letter be sent to the Chief Education Officer in an attempt to keep the village school open.

Gorefield March 1978 Regarding the possible closing of local hospitals, it was agreed that letters should be sent from the WI to Mr Ennals, the Norwich Health Authority & King's Lynn Community Health Committee. 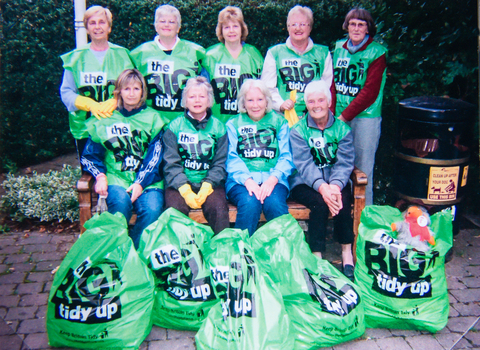